Just been scrolling through some of the tourism articles I've missed while out of the country and really liked this one about Tory candidate Maurice Golden who's standing in the next General Election in Central Ayrshire. Okay it's worth noting that the Tories will need to overturn a 10,000 majority but the point is actually identifying genuine attainable ideas that could benefit Ayrshire tourism in both the short and long term. 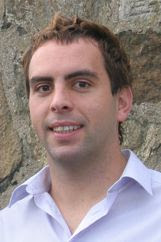 According to the local paper he wants to see the area cash in on its tourism potential and has written to the Olympic 2012 organisers urging them to bring the torch to the area.

He said: “We need to play to our strengths in Ayrshire, for example in tourism where we have so much to offer. I think Ayrshire can capitalise on the opportunities presented by the Olympic Games and the Commonwealth Games coming to the UK over the next four years. I have written to Lord Coe to request that the Olympic torch comes to Ayrshire and also that a Golf Olympics event is held in Ayrshire as a pre-cursor for golf becoming a fully fledged event at the next Olympic Games in 2016.”

Now you have something there Mr. Golden and we're right behind you. This October is the 150th anniversary of the first Open Championship at Prestwick and what beeter way for the BOA to recognise the sports emergence as an Olympic pursuit than an event in Ayrshire? There are a number of events taking place this year that could provide a platform. What about The British Boys Championship at Barassie - what a fantastic PR opportunity.

Tie the visit of the Olympic Torch to an amateur international Junior Golf event in Ayrshire?

The idea is both sound and attainable. Something the whole of Ayrshire can get behind - all we need now is Mr Mather, Mr Bush at EventScotland, Mr Roughead at VisitScotland and Mr Coe to push the idea forward as a way of interesting Scotland in what is still seen as London's Olympics.

You know what Mr Golden? I think I'd vote for you.
Email ThisBlogThis!Share to TwitterShare to FacebookShare to Pinterest
Labels: tory candidate golf tourism