VisitScotland Social Media - Yup They Get It! 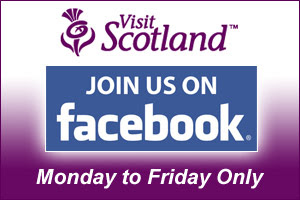 This is a rant and if I was Irish I'd be saying fecking quite frequently.

So please feel free to fill them in where you think appropriate.

One paragraph of background first.

It is hard to quantify what the public bodies have spent on VisitScotland.com since they embarked on their "new" digital strategy ten years ago but it could be well in excess of £30 million quid all in when you take all the externals, buy outs, redesigns, restructurings, pay offs, legal bills, salaries, consultants, EC meetings; they will maybe contest the detail but you get the picture. It's been a shed load of investment. The current campaign for Brave which is by VisitScotland's own hyperbole the next big thing for Scottish Tourism has had £7 million earmarked on it. We heard maybe more.

The UK/European launch of Brave took place in Edinburgh on Saturday with a host of stars and politicians and media - and remember that £7 million that VisitScotland have invested in joint marketing and the recent all singing all dancing launch of the new VS digital strategy - and here's how it is represented online with VisitScotland. First Facebook:

Yup that's right folks, we're with you all the way on this new fangled social media stuff and we'll tell you about on Monday when we get back into the office. We understand the immediacy of social media and we recognise that we can get access to pictures that others can't and we'll tell you about it on Monday. We also recognise that our Chairman and First Minister have fronted a publicly funded £7 million campaign and we'll try and get it online for you but it may be after morning coffee as there's a lot to talk about first.

SEVEN MILLION QUID - the difference is in the detail. How often have we heard it's the little things that we do that diffeerentiate us from the competition. There was a whole tourism strategy launched last week based on such differences.

Now anyone who has read any of our posts knows we do not beleive that Social Medi is anything but a small part of a hospitlaity business' distribution strategy but with the resources that VisitScotland have to hand you'd think they could at least make a bloody effort.

Does it really matter?

We don't have the clout or distribution and it may be that it will just be written off as another insignificant moan at VS.com but perhaps it should be seen as a clear indication of an organsiation claiming one thing but clearly not getting it. They wouldn't be the first Scottish institution that needed claoer examination. Is it a further reflection of a disjointed digital strategy that has no real understanding of what online destination marketing should be about and reinforces once again that they should just leave this to the private sector to deal with.

Stop playing at being a poor man's search engine; stop trying to sell things online that you have no authentic experience of; stop spending millions of public money on things that others are already doing a lot better.

For a decade, VisitScotland, and the succesive governments funding them, have played at it with millions of taxpayers with no fear of being held to account for more than a decade of failing to get any of it right.

The blog hasn't had an update since 18th of June and this is with the new online marketing strategy in place? The booking engine doesn't work properly, comments we have is that their extranet is more complicated than the one they've just upgraded from; the website is dark and underwhelming and they are in the process of having to contract another third party for the provision of a "channel manager" to handle online reservations through their. It is always was and always will be beyond the public sector to drive an online marketing strategy from the top down.

No-one held account for failure, or the U turns, or the increasing costs, or the missed deadlines and failed deliveries. Now it may not be the scale of Barclays or the RBS or the trams or but you know what it is all cut from the same cloth. A lack of corporate responsibility and accountability.

You know posting about a Monday to Friday social media presence may seem a small thing but I'm not sure that there is anything that reflects more clearly on a complete lack of understanding of the media and spotlights the whole fragmented strategy than something so simple.

However does anyone in Scotland actually give a feck?

Historically, and to date, VS website etc. takes more time than all the other put together. Just spent nearly 3 hours trying to fill in an offer for the winter. Password didn't work, nothing worked, photo upload button resulted in being logged out, Save button resulted in being logged out. After an exhausting time and several telephone calls to VS they admitted thay " have a few problems". Understatement of the decade!We deal with several "one man band" websites who do a first class job. perhaps they should be given the 7 million, all VS staff sacked and save us all a lot of time and money.

Why on earth can't the politician's see the the emperor has no clothes. Are they really that much in denial?

Not only is the Social Media activity unacceptable this is another example of millions being spent by the public sector on things that the private sector can do much better!

Can I repost this on the iVisitorGuide blog?

Been around long enough to tell you they've been doing it this way for the last twenty years! Definitely a case of plus ça change..... Effing ridiculous, really!

it is not true that VisitScotland only post Mon-Fri 9-5 on their social media channels. See for example last Sunday - our post about Andy Murray attracted 436 shares, 192 comments, and 2,499 likes - and was very well received by our community.

This comment has been removed by a blog administrator.

Thanks for clarifying Simon. Still doesn't hide the fact that as part of the largest Disney collaboration ever VS.com didn't Facebook anything between the Friday and the Monday of the launch weekend and I think it is clutching at straws a little to point out a singole weekend post over a six week period which secured 436 shares from a 50,000 following.

Anyway the point is not about criticising you personally but questioning whether VS.com and other public DMOs have a role to play in this medium and if they do how can they improve it.

I asked a few other questions in the original piece but as you are here maybe you could fill us in on some of the questions I have? How many admins do VS have on the Facebook pages? Are any of the admins in the private sector running tourism businesses and if not is there a plan to engage with them more directly? How many of them work 24/7? Who controls editorial? (I ask because more than fifty percent of posts are linked to Brave) Did you know that one of the best new golf courses in Scotland opened on Monday?(See Perry Golf if you wish confirmation of the potential tourims impacts). Did you know that up to 100,000 are expected in the Inverness area this week for a golf event? Did you know that T in the Park took place last week?

The point I'm trying (badly) to make here is that VS.com are still continuing to push a top down communication model while the rest of the social media world is doing bottom up.

Authentic Experiences come from the individuals upwards and even if you employed 10,000 bloggers and Facebook admins and Tweeters you would never have the depth of knowledge and contnet and impact of these individuals. By definition you have to be selective with your content (and even political) and whilst that's being done with public money you will continue to miss the point.

The argument that will always come back from VS is that "We have an impossible job" The solution to that is to stop trying to do impossible jobs and concentrate on finding the legitimate roles that a public sector destination marketing body may have in the current climate. Selling rooms online, retailing maps and guidebooks and postcards are best done by individual enterprises. I'm beginning to beleive that social media is best left to those at the coal face too.

Ahem! Don't you mean Destination Management Organisation, such being the official title of a DMO; or is it different in Scotland?